Fighting Corona: who are our true heroes? 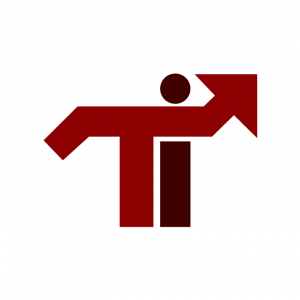 Corona has paralysed our society. Governments responded with lockdown type measures, one more effective than the other, in an effort to lower the infection curves. The preferences of people in society have drastically changed in a short period of time.
In a flexible society, the production structure will be shaped to the requirements of the people. Obviously, most important service in demand now is healthcare. People working in the care sector deserve more than an applause. It is fair that due to the importance of these services, as valued by society, for healthcare salaries to go up. Although many people offer their healthcare services not just for the money, this will attract more people to offer their care services in these times of need.
In a flexible society, the interest rate plays an important role. Due to the outbreak, the time preference of society surely will have changed. We still care about the future, but priority number one is to combat the crisis now. Normally speaking, this would be accompanied by higher interest rates. If you value the future less in comparison to say the beginning of the year, you would use a higher discount factor, meaning an higher interest rate than at the beginning of the year.
The production structure would be adjusted accordingly, with more money being dedicated to invest in tools, instruments, new emergency hospitals to help infected people and to fight the virus. Equity prices responded very quickly. In a flexible economy, prices will adjust very quickly, in line with the changed circumstances and changed preferences . The oil price is going down and even food prices, despite an increasing demand for it, had the tendency to go down.
These price adjustments are fine. The production structure is hit by an enormous external event. The faster prices adjust to levels reflecting the changed preferences of society, the better society can respond to the external shock. Flex workers can offer different products and services for which there is now more demand, guided by the changes in prices.
Central banks and governments acted with enormous monetary actions and intentions to increase their debts. They do not like price adjustment, because they are afraid of the general price level to go down and for GDP numbers to go further down as well. They believe in the fairytale of the deflation ghost, which makes our economy disappear in a black hole once prices start to go down.
Upon the announcements of such measures, interest rates went down. In the US, the FED decided to reduce rates to levels never seen before. For the first time, the ECB received support for the idea of Eurobonds. Economists, politicians and central bankers are now seriously talking about helicopter money. It is only a matter of time before even more money will be created.
But, what is the point of creating more money? We have plenty. What we need is to use this money in a different way than before the virus outbreak. If people cannot go to work, for good reasons, the GDP number goes down. This number though is not important to society. Society needs people doing important jobs for them, for activities that may not always be part of any GDP number. By creating money you will not create people. The only result is that people can consume something, without having done anything in return. Consuming without producing means we are eating up our capital. We will only become poorer as a result. The ECB actions contribute nothing to society’s profit.
Surely, if the virus is defeated, central bankers will pride themselves for having come to the
monetary rescue. And, they will have paved the way for even more drastic measures, including
Eurobonds and helicopter money. This will be the next economic threat to society.
The true heroes in society are the people combating the virus. It is this human action that we are
witnessing throughout the world that generates the greatest benefit to society and to the people’s
profit. These are the people that prevent the economy from disappearing into a black hole. It is not
central banks, but ordinary people who should be praised, now and at all times.